Moldova: The Outsize Significance of a Small Country 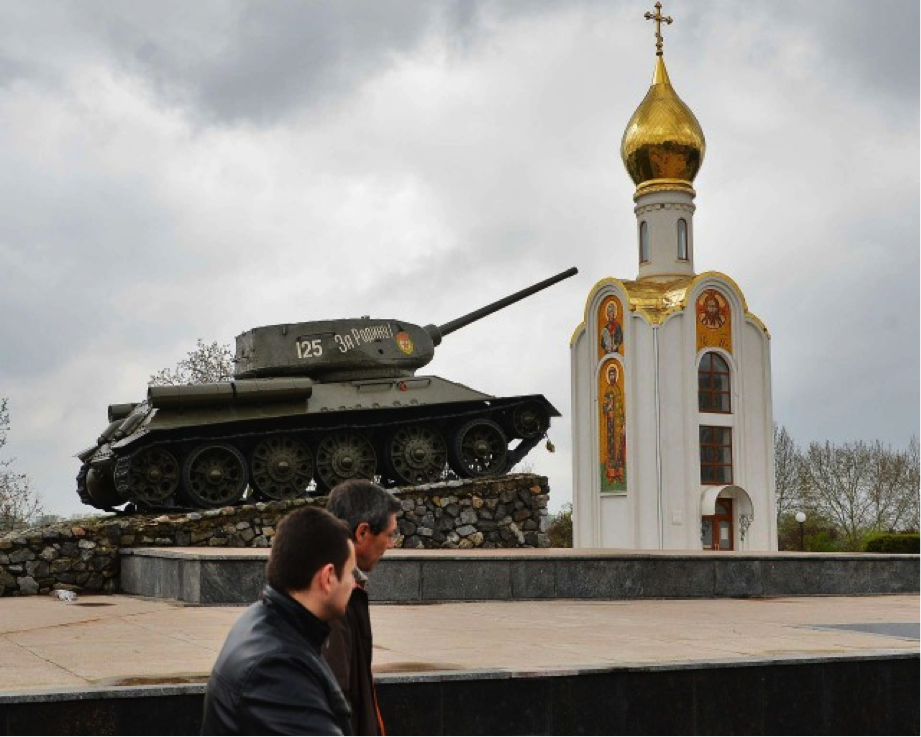 People walk past a monument celebrating the Soviet victory over the German army in Tiraspol, Moldova, in April 2014. (DANIEL MIHAILESCU/AFP/Getty Images)

On a continent home to many of history's great powers, the Republic of Moldova seems insignificant. The tiny, landlocked country of only 3 million people is located on Europe's eastern periphery, wedged between Romania and Ukraine. It holds the distinction of being one of Europe's poorest nations — with a nominal gross domestic product of just over $8 billion — and is relatively new on the world stage, having become independent from Soviet rule only in 1991.

But Moldova's small size and relative impoverishment belie the country's geopolitical significance, which lies in its key position in the lowlands of southeastern Europe between the Carpathian Mountains and the Black Sea. Numerous powers throughout history have sought to command this position, which has often been used as a part of an invasion route from the Balkans into Russia and vice versa. In the 19th century, it was caught between the Russian and Ottoman Empires. In the 20th century, this shifted to a contest between the Russians, Romanians and Germans. 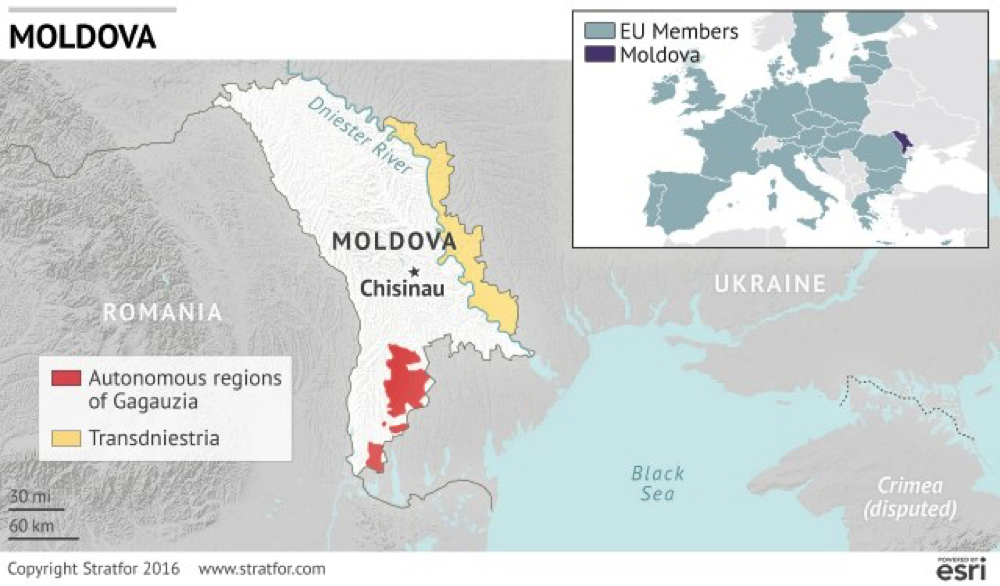 In 2016, the Republic of Moldova is once again caught between great powers. This fresh competition is part of the ongoing standoff between Russia and the West over the former Soviet periphery. Ukraine is still the most intense theater in this contest. But Moldova is also important, in part because of its proximity to the strategic Ukrainian port of Odessa and to the Russia-controlled Crimean Peninsula, where Russia's Black Sea Fleet is stationed. The country also matters as a transit pointfor the movement of oil and natural gas from Russia into Europe and Turkey.

Moldova's political arena, like Ukraine's, is polarized between Russia and the West, with splits running through political parties and the population as a whole. For seven years, this divide has effectively paralyzed the country's political system. This dynamic emerged in 2009 when a coalition, the pro-West Alliance for European Integration, unseated the Russia-friendly Communist Party in elections. Since 2009, Moldovan governments have collapsed or have had to call early elections numerous times, with pro-Europe parties routinely failing to secure enough votes to overcome their opponents or becoming enmeshed in scandal.

The latest government collapse occurred in October 2015 when then-Prime Minister Valeriu Strelet lost a no-confidence vote over allegations of corruption related to a banking scandal. It took nearly three months and several failed candidates for the Moldovan parliament to get the votes necessary to form a new ruling coalition, settling Jan. 20 on a government led by former Information Technology and Communications Minister Pavel Filip. This stability did not last long. Filip's approval wasimmediately challenged by thousands of protesters organized by the pro-Russia Our Party and the Socialist Party, as well as the pro-Europe Civic Platform for Dignity and Truth. Demonstrators called on the new government to resign and for fresh elections. Several hundred protesters broke into the parliament building itself and clashed with police. They have since vacated the parliament but demonstrations have continued, with 15,000 people taking to the streets in Chisinau on Jan. 24. Protest organizers have threatened to block roads, railways, and the Chisinau airport if the government does not step down and call early elections by Jan. 28.

Protests have been a regular feature in Moldova for years, but this most recent round of demonstrations has been uniquely intense. The storming of the parliament, though temporary, echoed the December 2013-February 2014 occupation of administration buildings in Kiev. These kicked off a process that culminated in Ukraine's Euromaidan uprising and brought down Ukrainian President Viktor Yanukovich. In Ukraine, Russia was on the losing end of the uprising. But in Moldova, Moscow may turn the tables and support such tactics in hopes of bringing down a pro-West government. Russia has already demonstrated such capabilities in the demonstrations in Crimea and eastern Ukraine that followed the Euromaidan uprising. With the Moldovan government resisting calls to step down, this has become more and more of a possibility.

Moldova's political divisions are not limited to the capital city, Chisinau, and there are several bastions of Russian support throughout the country, including in the northern city of Balti, the southern autonomous region of Gagauzia, and the breakaway territory of Transdniestria. In the early 1990s, in fact, Moldova fought an open war with Russia-backed fighters in Transdniestria, prefiguring the current conflict in eastern Ukraine. Just as it is now doing in Ukraine's Donbas region, Moscow channeled military and financial support into Transdniestria. If the pro-West government in Moldova continues to hold out against demonstrations, resistance could grow in both Chisinau and in Russia-leaning regions elsewhere. If instead the government succumbs and holds early elections, however, it risks losing to pro-Russia parties that could then stall or reverse years of progress on European integration.

As competition continues unabated in the former Soviet space, Moldova will continue to hold outside significance, both as a strategic battleground and a bellwether for the broader conflict. And as with Ukraine, the question of how to square two distinct geopolitical orientations will drive Moldova's internal dynamics for years to come.