Are Brazilians Latinos? What their identity struggle tells us about race in America 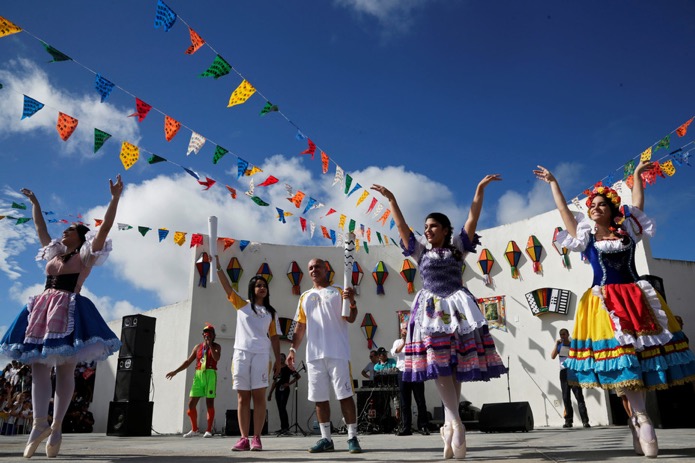 In the United States, all three are closely associated with the word “Brazilian.” Yet, although none of these things are linked to Latino identity, one of the questions that journalists frequently ask me is, “Are Brazilians Latinos?” Surprisingly, many Brazilian-Americans also ask me the same question. As one of my students put it, “Because ‘Brazilian’ is not an option in any census, job or college form, you get older and wonder, where do I fit in?”

The confusion is warranted.

It illuminates how U.S. public discourse and policy classifies 57 million people from very different ethnic, racial and national backgrounds into the categories of “Latino” and “Hispanic.” That Brazilians do not quite fit the box enables us to probe the terms “Latino” and “Hispanic” and their implications. This is important at a time when Latinos are reaching 18 percent of the U.S. population.

Some have argued that the Brazilian confusion simply stems from the fact that the Brazilians are “Latino” – a term that references Latin-American geography – but not “Hispanic,” which accentuates Spanish language. Yet, since 2000, the census has used these terms interchangeably to mean “a person of Cuban, Mexican, Puerto Rican, South or Central American, or other Spanish culture or origin regardless of race.”

The override of “Spanish culture” has roots in the 19th-century American expansion into northern Mexico and Spain’s last Caribbean colonies, and underscores how Latino identity emerged out of empire-building. For many living in these areas, U.S. settlement resulted in land dispossession, labor exploitation and cultural subordination. As a “conquered” people perceived to have Spanish, Indian and black “blood,” Latinos were regarded as racially and culturally inferior to white Americans.

I’d argue that “Latino” or “Hispanic” signifies a subordinated racial group that is associated with a homogenized “Spanish” culture. Given that Brazilians speak Portuguese and Brazil has not endured American invasions, it follows that they must be something other than Latinos.

At the same time, it is not so clear-cut.

Brazil is located in South America and viewed in the U.S. as a “third world” country with a mixed-race population. In certain contexts, this means Americans consider Brazilians as “Latins.”

Hollywood has been one of the greatest promoters of this idea. The industry typically portrays Brazilians as stereotypical Latinos: The women are sexy or tragic, the men dangerous or disposable – all are terrific dancers.

Not surprisingly, Hollywood’s most famous Brazilian of all time, Carmen Miranda, embodied all things “Latin” under her tutti frutti hat during the 1940s. The conflation also shows up in the recent Netflix series “Narcos.” Brazilian actor Wagner Moura plays Colombian drug lord Pablo Escobar with a foreign accent in both English and Spanish to great acclaim.

Still, if Brazilians can tell the difference, why are they confused?

Apart from the mixed messages of Hollywood and the census, another source of uncertainty lies in the different racial schemes prevalent in the U.S. and Brazil. While Americans often perceive people of mixed ancestry as nonwhite, Brazilians tend to understand race in a continuum and consider not only appearance or descent but also social and economic status.

As Luciano Gomes, a Brazilian immigrant who lives in Florida and works as a driver, observes, “We see race in shades: light-skinned, dark skin, café con leche.”

Clearly, disparate frameworks and conflicting signals make for muddy conceptual waters. Yet, how do Brazilians navigate them?

For the nearly 1.5 million Brazilians living in the U.S., the short answer is: It depends. While scholars generally agree that Brazilians are largely of middle-class origin and migrate in search of economic opportunity, they also settle in cities with different racial histories and dynamics. This often leads to a range of identity experiences.

In Miami, one of the areas with the largest concentration of Brazilians in the U.S., most can assert their identity with few complications. This is the case because Miami is a Latino-majority city where Latinos wield considerable political power and have greater control over how they are racially classified. In contrast to the majority of the country, light-skinned or mixed-race Brazilians can integrate into a pan-Latino mainstream as “white Hispanics” without loss of status. “We blend and mix,” says my Brazilian-American colleague Walyce Almeida, a journalist who grew up in “la Florida” speaking English, Spanish and Portuguese. “No problem.”

The situation is thornier in northeastern cities where Latinos are a smaller share of the population, poorer and have less access to political institutions. In these cities, Brazilians are frequently grouped with “Latinos” regardless of preference.

“It was in New York that I became a Latina,” Almeida adds. “The first day I came to the office, an African-American coworker told me, ‘So you are the new Latina in the office?’ It didn’t bother me. I understood that people found me more relatable if they think I am Latina.”

Becoming Latino can also be a survival strategy. “Brazilians like to think of themselves as better than Latinos: We are the best soccer players, the best dancers,” notes Caroline Braga, a law student raised in Newark’s Little Brazil. “But when I started filling out college forms, I started checking the Latino box. If we are discriminated against as Latinos in the U.S., you have to buddy up with the others. Being Brazilian and special is not going to get you far.”

Many Brazilians, however, avoid being seen as Latinos because Brazilian identity is widely viewed as a finer “cultural brand.” “You get a more positive response when you say that you are Brazilian,” Braga continues. “Brazil is carnival and beautiful women. Latinos are illegal immigration and crime.”

Keeping the boundary may be particularly important to some Brazilians who are well off and perceived as “white.” 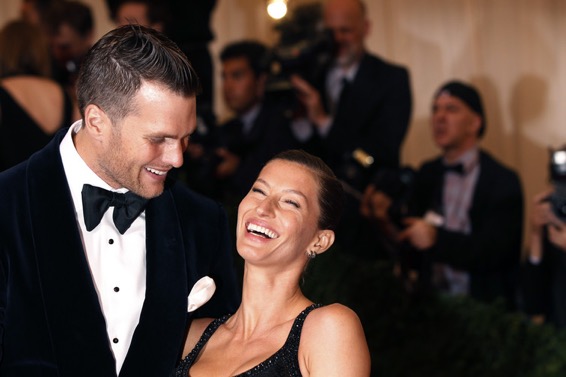 But while some Brazilians can become white, Afro-Brazilians are frequently not recognized as black or Latino, underscoring how these identities are presumed to be irreconcilable in the U.S. Reva Santo, an artist from Los Angeles now living in New York, put it this way:

“It’s confusing to be a black Brazilian-American. Growing up, my friends would say ‘you’re not black’ because of my cultural heritage. But in my white school I was treated as black. So, what I learned to do was to shape shift: I am black, Brazilian and Afro-Latina, according to where I am.”

So, are Brazilians Latinos? On TV and the big screen, absolutely sí. In everyday life, sometimes; on the catwalk, muito menos, not so much. Just like Latinos, most would prefer to be understood in the myriad ways that they see themselves.