How a Nation Lost Its Mind 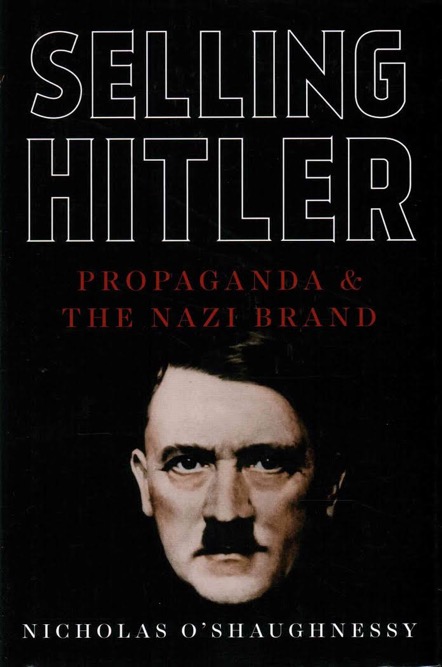 Skies break over Nuremburg, gabled rooftops of the great medieval city radiant in autumn light. Orderly columns of troops march over the Pegnitz River. We see his winged chariot, a Junkers Ju 52, land without a sound. Then we see him. He alights on the tarmac, heils of glee. Legions of fans — children, adults— line the streets as the procession winds through the old city. There are thousands of them. We are with him, and he is with us.

The opening scene in Leni Riefenstahl’s notorious film about the 1934 National Socialist Party rally, Triumph of the Will, is replete with the mythical, symbolic, and rhetorical elements that would become boilerplate throughout Third Reich: the appearance of voluntary mass consent, the awakening from dark slumber to a sunlit future, the glorious restoration of a great civilization, and, above all -Lo! he comes on clouds descending- the mythical evocation of a messianic hero. In making, Triumph, the paradigmatic exemplar of propaganda film, Riefenstahl claimed merely to have done her job, which was to make art. With her help, as Nicholas O’Shaughnessy argues in his lucid new book , Selling Hitler: Propaganda & the Nazi Brand, Adolf Hitler “owned the means of vivid communication necessary to bequeath an imagistic legacy to history like no other” and conducted “the most comprehensive public relations operation in history.”

Successful propaganda, O’Shaughnessy argues, does not traffic in outright falsehoods, but trades on half-truths and innuendos and depends on “people’s ability to perform a great deal of selective perception, and to edit out the unpleasant.” Politics, for the Nazis, was both coerced assent and internal persuasion.

Selling Hitler tells the story of the latter half of that two-pronged stratagem: the Nazis’ phenomenal rise to power and subsequent political successes in capitalizing on the malaise of the German people after the failure of Weimar and the embarrassments of World War I, especially the Versailles Treaty, which provided “an inexhaustible supply of rhetorical points for beer hall meetings as the victimhood of Germany was rhetoricised into outrage through the beery haze of tribal sentimentality.”

Hitler knew how to seize upon the shame of Versailles and exploit a populace eager to “make Germany great again.” That sentiment obviously comes with a strong dose of presentism. But the similarities between the National Socialist Party and the American right-wing populist revolt in 2016 are not always as one-to-one as some readers might wish them to be. The shoot-from-the-hip Twitter politics and traveling improv show of Donald Trump cannot compare with the extensive forethought and theorizing that went into the Nazi propaganda machine. If anything, Hitler tended to think before he spoke.

In the enormous and ever-expanding scholarship on Nazi Germany, originality is increasingly hard to come by. The novelty of Selling Hitler consists in its claim that not Goebbels but Hitler “was the prime mover in the propaganda regime of the Third Reich — its editor and its first author.” The argument is not entirely convincing, however. Goebbels (and other propagandists like the lesser-known Walther Schulze-Wechsungen) gets most of the zingers in this volume and emerges as the more sophisticated theorist of Nazi propaganda. Hitler was a catalyst more than an innovator, and O’Shaughnessy shows how deeply invested Hitler was in image production, chiefly his own, from the very beginning of his career: “Hitler’s first, regularly paid employment in the period after the First World War was as a professional propagandist.”

Whether Hitler or Goebbels was the ur-propagandist of the Third Reich may not ultimately matter to the reader, or to the argument of Selling Hitler (the book is forceful enough without this claim). It is enough to be reminded of the ways in which encoded political message-events form and inform us, and of the amount of effort it requires in an even more media-saturated era for consumers of information to remain attentive to the subtle transformations of desire and will that are being enacted through us, with or without our help:

All of [the Nazis’] junior myths were successful because the first and greatest myth —i.e. the invincibility of Adolf Hitler— was never interrogated or negated in the minds of the German people. Hyperbole replaced reason, feeling substituted for analysis and visceral emotion saturated popular consciousness.

The Nazis were arch instrumentalists: pilfering, proof-texting, plagiarizing, and conscripting from philosophy, science, myth, history, tradition, anything that might serve their own metanarrative. And when those instruments proved problematic, they ditched them and revised the narrative again. For example, the Gothic script with which Triumph of the Will opens was replaced in 1941 as the official typeface of the Nazi regime by the more “Latin” Antiqua style, not because it was easier to read, but because it was determined that “Gothic script had been polluted by Hebraic writing.”

Propaganda is often understood as a sort of ornament for political action: the sauce for the goose step, so to speak, but:

[w]hat made the Nazis special was their pursuit of propaganda not just as a tool, an instrument of government […] but as the totality, the idea through which government itself governed. They saw public opinion as something that could be created, commodified and re-made.

They did not distinguish between “policy and propaganda: the two were the same instrument, the one unintelligible without the other.”

Playing it fast and loose with history, philosophy, and even fairy tale (one Nazi film version of “Little Red Riding Hood” depicts a dagger-wielding SS soldier as the benevolent savior of Little Red) was advantageous to a regime for which “the colonization of the German mind represented the first of the Nazi invasions.” It was also payback. As Heinrich Himmler said, “Our teaching of German origins has depended for centuries on a falsification. We are entitled to impose one of our own at any time.”

The Nazis loved the mutability of movies, and not just documentaries like Triumph of the Will and Riefenstahl’s earlier film, The Victory of Faith.The message in these films is unambiguously forceful — swastikas, iron crosses, blackshirts — but permeated with an appeal to charm. Nazi Germany is portrayed as the true heir of classical Greece, its ideals of beauty, heroism, and strife.

Goebbels’s own strategy in film production mirrored the shifting nemeses of the regime. In 1933, a trio of films (S.A.-Mann Brand, Hitler Youth Quex, and Hans Westmar) anathematized the party’s early opponents: communists and liberals. By 1940, the films The Rothschilds, Jud Suss andThe Eternal Jew reflected a singular focus on the Jewish “internal enemy,” the label under which every menace was exclusively consolidated, even in light entertainment in which the anti-Semitic messages of the Reich could be encoded and digested virtually unawares. Up to the last film to be made under Goebbels’s direction, the 1945  Kolberg,the regime “sought its own immortality in celluloid.”

Hitler and Goebbels spared no expense to Leni Riefenstahl, who maintained her artistic purity in spite of being morally compromised by her art. They gave her everything she wanted, and ultimately protests of innocence were useless. Despite her prodigious talents as a filmmaker, her career never recovered from her associations with the Nazi elite. It does not matter how pure your devotion to cinema is when Adolf Hitler owns the studio.

Film was only one flank of the Nazi propaganda offensive, however. From architecture to typography, propaganda was “ubiquitous and embossed on every surface.” Goebbels once remarked that “the moment one becomes aware of propaganda, it loses its effectiveness.” “We cannot,” he said, “be satisfied with just telling the people what we want and enlightening them as to how we are going to do it.”

The effectiveness and uniqueness of Nazi propaganda was its insistence that consent could not solely be compelled or coerced, but had to be motivated from within. Therefore, the Reich “represents the evolution of a partnership between masses and demagogue, a co-production.”

Hitler was a genius at seizing upon the fears of a defeated populace, nativist xenophobia, and nostalgia for a mythical golden age, in order to sell a story of the German future that proved overwhelmingly persuasive. It sold in part because of artists like Riefenstahl, co-illusionists who helped to construct a monstrous mythology by confidently maintaining a cool detachment from political entanglements. Her naïve view of pure art proved a readymade tool for the propagandist.

Selling Hitler is not the work of an historian but of a professor of communication whose previous work includes studies of propaganda and marketing in public policy. The first section (“Narratives and Theories”) rehearses the early enthusiasm and late fatigue of Nazi propaganda, and his marshaling of resources sometimes shies away too quickly from close attention to primary sources. In the second half of the book (“A Propaganda Trinity”), O’Shaughnessy seems on much more comfortable terrain. This, the richest section of Selling Hitler, illuminatingly treats the Third Reich’s deployment of myths, symbols, and rhetoric with the eye and ear of a theorist keenly tuned to the subtle plays of power and desire within the manufacture of the “spiritual-religious idea” that is Nazism.

A fresh take on an area of scholarship dominated by historians, Selling Hitler teems with insight into the subtle ways in which a subliminally reinforced political message can become consciously internalized and defended by well-intentioned citizens. It could have been strengthened by the use of images and more helpful endnotes, and if it feels rushed at times, it is clearly no accident that this book was released in the United States during the final months of a presidential campaign that has shattered all previous records for absurdity. That timing is not coincidence but marketing, the theme of Selling Hitler.

It is impossible to read O’Shaughnessy’s timely book without thinking of Donald Trump. But Trump is nothing if not a protean master of branding with a flair for optics. His particular self-concocted myth is supposed to be a symbol of the American Dream, of what you can achieve if you just work hard enough. It has proven a seductive and very successful illusion, suitable for an age of short attention and blissful insouciance toward history.

We see his winged chariot, a Boeing 757, land without a sound. Then we see him. He alights on the tarmac, whoops of glee. Legions of fans — children, adults — fill the hangar where he will promise to “make America great again.” There are thousands of them, eager to touch the hem of his garment. He has his own airplane.