The Bolsheviks Versus the Deep State 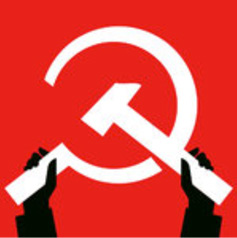 Vacant offices. Barren corridors. The hush of work not being done settles across the capital city, a silence of memos untyped, papers unpushed, file cabinets sealed shut. The machine of state is not in use. This is not Washington today; it is Petrograd, Russia, 100 years earlier, where after the Bolsheviks seized power in late October, the bureaucrats of the Russian state — tens of thousands of them — locked their desks and pocketed the keys on their way out the door. They declared themselves on strike, protesting what they viewed as the Bolsheviks’ shocking and illegitimate violation of the public trust.

Some held out a month, some lasted two, with the longest — the bankers in the former Ministry of Finance — standing firm until mid-March. In these five months, ordinary accountants, lawyers and administrators demonstrated great civic courage at significant personal cost. They either lived with the threat of arrest or were arrested, then handed over to the capricious Extraordinary Commission for the Battle to Combat Sabotage and Counterrevolution — known as the Cheka, forerunner to the K.G.B. — which shot people in basements and which was created in December 1917 with the express purpose of suppressing the “sabotage of government employees,” as the new regime called the strike.

Compared to the events the revolutionaries wanted to commemorate, the strike is mostly forgotten. This is in part because it ultimately had little effect, or rather, it had an effect profoundly contrary to what its participants intended. Truth be told, their intentions hardly mattered. But the decisions they faced and the choices they made are worth remembering today, as we approach the centenary of the October Revolution amid reports of a “deep state” protest in the United States.

The Russian bureaucrats’ strike stood in contrast to their reaction to the revolution of February 1917, when the czar fell and Russia became a republic, which they greeted with enthusiasm and relief. The February Revolution held open a chance to live out the early 20th-century bureaucrat’s dream: to serve as rational administrators of science, the market and the rule of law, rather than enactors of an incompetent monarch’s will. Modern expertise would finally be allowed to triumph over autocratic politics. Some housecleaning would be required: Senior officials in the old regime were jailed and investigations into their crimes against the Russian people were opened. But with the exception of a handful of institutions, most notably the secret police, whose offices were torched, the Russian state continued to function as usual — which is to say, not very well.

Then, in the early morning hours of Oct. 25, 1917, the Bolsheviks stormed Petrograd’s Central Telegraph Station, improbably initiating 70 years of single-party rule devoted to building a communist society. The Bolsheviks’ long-term goal, of course, was to superintend the withering away of the state. In the short term, they sought to put this state to work for them, confident, as one early employee put it, that “the tasks standing before them in administering the country were exceedingly simple and would not bring any difficulties.”

The Bolsheviks trumpeted that under socialism, even the simplest cook could operate the state machine. This proved almost immediately untrue, not least because starting on Oct. 26, large portions of that state, outraged by the Bolshevik disregard for concepts of law and democracy, by the peace they promised the Germans, and the violence they embraced at home, walked off the job.

We do not know precisely how many people went on strike. The Bolsheviks prevailed — and they never bothered to count. The Russian imperial state employed around 70,000 people in Petrograd on the eve of World War I, and archival records suggest that the great bulk of offices participated in the strike in some way.

The strike was organized by unions of administrative professionals, paid out of strike funds until the money ran out. In some bureaus, employees showed up to the office but performed no work. Most employees, from diplomats to schoolteachers, simply stayed home, gathering periodically in one another’s apartments to strategize. Before leaving their offices, many took important objects and documents with them, like keys to safes and bank account numbers, files and decoding ciphers. What could the Bolsheviks hope to accomplish without access to those two essential currencies of power — the state’s money and its papers?

Quite a lot, it turned out.

The Bolsheviks were numerically tiny stacked up against the bureaucracy. After seizing power, they sent delegations of five or six revolutionaries to take over ministries with thousands of employees. These delegations were generally backed by armed men, but initially, it was inconceivable — even to the Bolsheviks — that the seizure of power would involve real acts of seizure. Lenin made the capture of the State Bank a priority, sending a group of revolutionary sailors to take control of the building the night the revolution began. The bank’s workers immediately went on strike, joined the following day by the 7,000 members of the union for private bank employees. The Bolsheviks threatened all of them with arrest if they failed to reopen by Oct. 31; they opened for precisely one hour.

A week into the revolution, the new regime still had no money. Three senior bank officials were dragged in to Bolshevik headquarters and ordered to fill out the proper forms giving the Bolsheviks’ new executive, the Sovnarkom, access to the state’s money. They refused. For a brief moment, the fate of the revolution seemed to hinge on accurate completion of a withdrawal slip. The bankers stood firm even when several days later, fed up with his comrades’ delicacy, Leon Trotsky — accompanied by armed brigade and, in true Bolshevik fashion, an orchestra — turned up at the State Bank building and threatened to storm it, before losing his nerve.

The Bolsheviks were nothing if not skilled bank robbers — they actually funded party activities before the war by robbing banks in the Caucasus — which makes their initial unwillingness to take the money, their lingering, likely unwilling respect for the bourgeois rules of business, that much more striking.

They got over it.

In the weeks and months that followed, agents of the Cheka ransacked apartments and arrested officials. They eventually acquired the keys to all eight safes in the State Bank, held in two copies each by different officials. At the same time, they began issuing their own scrip to cover their expenses. The first groups of employees dripped back to work at the offices of the Credit Chancellery, the most powerful office of the former Ministry of Finance, after a month — mostly junior people joining the couriers and janitors who had never left. Unskilled workers had not been included in the strike, and these workers, though frequently illiterate and utterly unschooled in statecraft, provided the Bolshevik delegations with much-needed information about the offices where they worked, such as the home addresses of their bosses.

It wasn’t just fear that brought people back. The Bolsheviks outlawed private transactions and declared entire branches of industry to be the possession of an as-yet nonexistent socialist state. By the summer of 1918, “it became evident that banking, private industry, private commerce were played out,” one striking official wrote. “There was no field of action for me except in the service of the state.”

Another employee characterized the general sense among his peers as being that “sabotage did nothing.” Ambitious newcomers — people from the provinces, junior officials angling for a promotion — filled out the staffs, which began growing by leaps and bounds. Like a dry sponge, the new regime absorbed them all.

Even after most of the strikers had returned to work, the Bolsheviks never declared the sabotage over. The sabotage was never over. Searching out malfeasance among state employees — which, thanks to the nationalization programs, was practically everybody — fueled the Cheka, a brand-new “state within the state,” as one employee sagely called it, for the next 70 years.

Rather than obstructing the Bolshevik takeover, the strike ended up facilitating it, spurring the Bolsheviks to build parallel organs of governance dedicated to revolutionary goals. A prominent Cheka official crowed in 1920 that the strike had made his job easier. Officials of a Moscow bank branch later wondered if, without a strike, the Bolsheviks would have aimed only to “adapt the upper ranks of the state apparatus to the needs of Soviet power,” rather than embarking on “the total destruction and reconstruction of the entire banking apparatus from the bottom to the top” that ultimately occurred.

Having denounced the bureaucracy and all its paper instruments as bourgeois tools intended to suppress the working class, the Bolsheviks were far less vulnerable to the chaos they unleashed than a different set of revolutionaries might have been. At least for a time, the destruction was empowering.