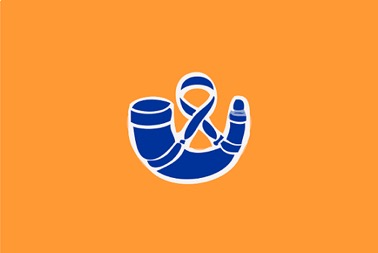 Large scale urbanization and economic growth during the Second World War fueled fears within the white Afrikaner population that the country’s existing racial barriers would collapse. This reinforced support for the severely conservative National Party’s plan to segregate South Africa based on race, splitting up blacks, Indians, Chinese and Mixed Races from mainstream pillars of the society.

In the year 1948, general elections were held which were won by Dr. Daniel Malan’s National Party, owing to the unpopularity of Jan Smuts due to his closeness with the British. Believing in racial superiority of Afrikaners over black people was one of the primary pillars of the National Party.

Dr. Malan, now Prime Minister, firmly believed that black people, white people and coloreds should live separate lives without interference, and develop their societies. To make this a reality, he led the National Party into developing a series of laws that would form the basis of decades long state sponsored racism or Apartheid.

Next, a couple of laws were passed, most importantly:

Dr. Malan remained in office from June 1948 – November 1954, enacting a series of laws & acts that gave him the notorious title, “The Architect of Apartheid”. He was succeeded by Johannes Gerhardus Strijdom, another avid supporter of the Apartheid that only added fuel to the fire.

After his death came Dr. Hendrik Verwoerd, who had held a strong position on the rights of Afrikaners since 1937 when he became the founding editor of a Nationalist newspaper. He believed in segregation, especially Dr. Malan’s policies, which earned him a ministerial job in the government. He remained at the helm of affairs from 1958 – 1966, during which he practically implemented the apartheid laws.

Verwoerd’s answer to South Africa’s problems came in the form of small separate homelands for the black, where they could govern themselves, free from white control. This however, was too good to be true. The homelands called Bantustans were established after the passage of the Promotion of Bantu Self-Government Act in 1959 but power wasn’t distributed.

According to the Act, South African land would be divided into two portions due to the difficulties faced in separating the coloreds from the whites. 87% was to be controlled by white people while 13% was left for the black, which was later on divided into 10 separate Bantustans.

The Bantustans did not create a fair system as they were almost always overpopulated and had scarce resource to sustain proper life. This led to malnutrition, disease and several other problems. There were 3 million black people who were forced to move into these separate homelands, and the matters were made worse when self-government wasn’t implemented, as promised.

The passage of Abolition of Passes Act in 1952 forced the blacks to stay within their land and travel to white lands only 11 months a year, without their families.

The Congress of the People adopted the Freedom Charter in 1955, stating the main goals of the Congress Alliance in protecting the rights of all ethnicities. The government claimed this was a communist document and ordered the arrest of several Alliance leaders.

In 1960, several thousand black people in the town of Sharpeville refused to carry their passes with them on purpose. This government took strict action, declaring emergency and carrying out imprisonments & whippings. Demonstrations erupted, and in the heat of the action several were killed, along with one hundred eighty-seven wounded.

The African National Congress and the Pan-African Congress, which were the two main parties opposing Apartheid laws, were banned.

In 1961 in response to what came to be known as the Sharpeville Massacre, a militant wing was established to launch bomb attacks on government targets.

Nelson Mandela went abroad in 1962 in search of support for the ANC as well as other anti-apartheid groups. On his return the same year, he was arrested for travelling without a passport and sentenced to hard labor for 5 years. Before his arrest however, he was involved in the Johannesburg Bombing Campaign carried out by ANC’s military wing.

In 1963, the police broke through ANC headquarters, acquiring several documents and diaries that linked Mandela to the bombings. He admitted taking part in the missions in court in the famous Rivonia Trial from 1963 – 1964 and was subsequently sent to life in prison.

The second major anti-apartheid uprising took place in the township of Soweto outside Johannesburg in 1976. The township was made for black people, but was too thickly populated, with about a million people residing there.

Overpopulation forced families to share houses with each other. The houses did not have basic facilities like electricity, sanitation and clean water. Some people were even forced to live in make-shift homes made out of cardboards, metal or crude materials.

In 1976, the South African government announced that black people would be given half their education in the Afrikaans medium. Children at black schools were outraged as they considered it a language of the oppressor. The anger turned into open rebellion when school children started refusing to sit in their exams.

On 16th June, almost 20000 children and students went on a march, coming face to face with the police. As soon as they confronted the police, they were fired upon with guns. Two were killed, while several injured. The entire township after receiving news of this incident.

Government buildings were burnt to the ground, cars attacked and black policemen killed. The riots soon spread into other parts of the countries, plaguing areas in & around Cape Town. Schools were thus closed for most part of 1976 and exams postponed.

After the ordeal, it was reported by the government that over 600 people were killed while 1500 were injured. The figure is disputed and claimed to be much higher by the ANC and PAC.

In 1978, P.W Botha succeeded John Vorster as Prime Minister, and came with a realization that South Africa could not function in this manner. He realized change was necessary for economic growth and some laws had to ignored if white rule was to continue. He admitted that South Africa needed black workforce to function, and thus eased up on certain laws. For instance, in 1978, he allowed black students to attend the Afrikaner University at Stellenbosch.

It is to be noted however that Botha’s government had no intention of relinquishing control, and they were doing so only to maintain law & order. He was against the idea of granting a vote to everyone.

The 1980s saw a wave of internal and foreign pressure that forced the South African government into submission.

In 1979, white rule ended in Rhodesia, which was renamed as Zimbabwe. This was great news for the ANC as the country could now be used as a base of operations. In 1981, the ANC carried out almost 80 armed attacks on various governmental buildings in South Africa. It was later found that these attacks originated from Zimbabwe.

In addition, several white people also became sympathetic to their cause, arguing for more rights to the segregated population.

Botha decided to use force and went as far as to send spies to other countries where ANC was based, in order to assassinate key leadership. An ANC officer was killed in Paris while the headquarters in London was bombed.

Upon the call of Oliver Tambo, black people protested more frequently, making South Africa impossible to govern. Violence in townships became a daily occurrence and to deal with it the South African government took concrete steps.

Between September 1984 – January 1986, the police & army killed 628 black people while 327 were killed by the same race because they worked for the government.

A bloody protest took place in Crossroads in 1985. The area was inhabited by over 100,000 black people “illegally” so the government frequently intervened to remove their homes and move the population back to Bantustans. In February, 1985 the government tried to do so once again but this time the population held their ground.

The fighting continued for more than a year, killing around 1000 people.

It became quite clear that the government was losing control of Black majority areas, so Botha declared a state of emergency in 1986.

More & more countries became sympathetic to the cause of the ANC including the US and the European community. Economic sanctions were widely employed against South Africa. The rand fell by over 35% when major banks started withdrawing from the country while the stock market collapsed in just 4 days. Over the next few years several countries withdrew and in 1986 the USA passed the Comprehensive Anti-Apartheid Act.

P.W Botha suffered from a stroke in 1989. F.W. de Klerk was chosen to lead the country, a man who held conservative believes. De Klerk delivered a speech in which he stated that the country needed a total change of direction.

De Klerk started bringing the country to the right track, releasing black activists from prison like Walter Sisulu. He also opened up restricted areas for everyone, even lifting a ban on the ANC after meeting Mandela in December 1989.

On 11th February 1990, Mandela was released from prison after 27 years. A huge crowd gathered to greet him as he assumed the role of ANC’s leader.

More and more liberties were introduced that led to free elections in April 1994, amid severe disagreements. The elections held had the following results:

South Africa was about to enter an era of reunification.