What’s new and what’s not in the U.N. resolution on Israeli settlements

The long-anticipated coda of the Obama-Netanyahu relationship did not disappoint in its drama: With a U.S. abstention, Ambassador Samantha Power allowed U.N. Security Council Resolution 2334 on Israeli settlements in the West Bank and East Jerusalem to pass 14 votes to 0. This was a major diplomatic defeat for Israeli Prime Minister Benjamin Netanyahu, and a major blow by President Barak Obama to the Israeli government, but it was not a surprise, nor was it unavoidable.

The widespread uproar in Israel focused first and foremost on Obama’s decision not to wield the U.S. veto, as well as on the inclusion of East Jerusalem in the scope of the resolution. The Security Council reaffirmed its determination that the West Bank and East Jerusalem are occupied territory and that Israeli settlements there “have no legal validity,” calling on countries to distinguish in all their dealings between Israel-proper and the West Bank. If East Jerusalem, including the Western Wall in Jerusalem’s Old City, is “occupied,” most Israelis feel, then the world has just denied Jewish connection to Judaism’s holiest site, as the Palestinian leadership has often done in recent years.

None of this—the determination of “occupation,” the inclusion of East Jerusalem, the U.S. abstention—was actually new. But two things were: the involvement of Donald Trump, not yet in office, in the process of tabling the resolution; and the sense that this was not merely a condemnation of Israeli settlements, nor an attempt to promote a two-state solution, but an attempt to prevent the worst of the no-solution reality. Perhaps the most notable line in the resolution is an oft-repeated yet rarely considered phrase, by now almost a cliché:

“Stressing that the status quo is not sustainable [emphasis added] and that significant steps… are urgently needed in order to stabilize the situation and to reverse negative trends on the ground, which are steadily eroding the two-State solution and entrenching a one-State reality.”

If there was any doubt—and there wasn’t—the Security Council again made clear its view on the legality of Israel’s settlements. Declaring that the territory is occupied (Israel considers it “disputed” rather than “occupied”), it reiterated the applicability of the Fourth Geneva Convention of 1949, which prohibits an occupying power from transferring its own population to the occupied territory. Even the language to describe the legal status (“no legal validity”) was recycled and is directly quotable from UNSCR 446 from March 1979, among other resolutions.

In reiterating this stance, and in calling to distinguish between Israel and the settlements, the Security Council may indeed embolden European and other measures aimed at labeling or even sanctioning settlements, as Israel fears. It does not, however, embolden the most pernicious forms of Israel-targeting, such as the Boycott, Divest, and Sanction (BDS) movement, that does not distinguish between Israel and the settlements and aims to isolate both. The language of the resolution in fact flies in the face of the demands of many BDS supporters, by explicitly advocating a two-state solution, including a secure (and legitimate) Israel.

The U.S. abstention—the focus of a great deal of personal rage against Obama by Netanyahu and others—was not new either. In 1987, the Reagan administration abstained and allowed the passage of UNSCR 605, 14 to 0, which reaffirmed the application of the Geneva Convention (via previous resolutions) and included “Jerusalem” in the “Palestinian and Arab Territories, occupied by Israel since 1967.” Sixteen years later, the George W. Bush administration voted in favor of UNSCR 1515, which called—by endorsing the Roadmap for Peace—for a full settlement freeze, including natural growth. In fact, until this latest resolution, Obama had been the only president not to let a resolution critical of Israeli policy pass in the Security Council.

Nor was it new that the U.N. pays disproportionate—sometimes laughably so—attention to Israel and Israeli-Palestinian affairs, even while Syria next door burns, as the Israeli response was quick to point out. While the Security Council isn’t as Israel-obsessed as the General Assembly and its commissions, its keen interest in the matter is clear. Yet the Council is not an independent body, it is the sum of the countries that comprise it. China, Russia, the United Kingdom, France, and ten other member countries may be overly interested in the issue, but their interest, in and of itself, matters a great deal.

Two things changed, quite dramatically, however.

First, a new player entered the fray: the U.S. president-elect. While President Obama was deciding to abstain on an Egyptian-tabled resolution, Israel pressured both Egypt and President-elect Donald Trump to scuttle the proposal. Israel actually succeeded, temporarily. Egypt, the largest Arab country, succumbed to Israeli pressure and postponed the vote. It was four other members—New Zealand, Senegal, Malaysia, and Venezuela—who tabled it instead.

This was notable both in the Egyptian stance—its attention to Israeli and Trump concerns, something that will be important in the coming years in the Middle East—and in the active participation of a president-elect in diplomacy, against the wishes of a sitting president. Most importantly, it likely points to the direction of the next administration in this arena, one that is far more amenable to settlements. 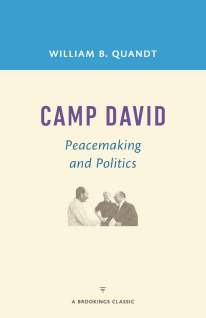 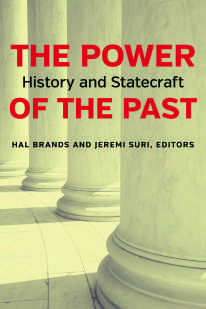 Second: there is a new belief among the world powers, and many on the ground, that time is fast running out on the viability of a two-state solution. Explaining the U.S. abstention, Ambassador Power said in her speech to the Council:

“The settlement problem has gotten so much worse that it is now putting at risk the very viability of that two-state solution…The Israeli Prime Minister recently described his government as ‘more committed to settlements than any in Israel’s history,’ and one of his leading coalition partners recently declared that ‘the era of the two-state solution is over.’ At the same time, the Prime Minister has said that he is still committed to pursuing a two-state solution. But these statements are irreconcilable…One has to make a choice between settlements and separation.”

Netanyahu has not built at a faster pace than other prime ministers, including those more accommodating of international demands, yet he presides over the culmination of this project. In his long years as prime minister, the settlements and the settler population have grown considerably, not only in the settlement blocs—which Israel considers will be annexed to Israel in any peace deal—but outside of them as well, sometimes as illegal outposts (not authorized by the Israeli government) that are later retroactively legalized. In fact, a recent Israeli bill to legalize even outposts built on private Palestinian property (hitherto forbidden by Israeli courts) probably played a central role in the U.S. administration’s calculations, as Netanyahu had warned his right-wing coalition partners might happen, before he himself backed the legislation. The bill will likely be struck down by the Israeli High Court of Justice, but Netanyahu’s kowtowing to his right flank has already cost Israel dearly.

To be clear, settlements are not the only or even the main obstacle to peace (no one actually claims that), but settlements are the most tangible and least reversible byproduct of the prolonged status quo. There is, in truth, no status quo at all, but a continuous trend away from a viable partition into two states.

This, more than any tactical move before or after the U.N. vote, is the core reason such a resolution resurfaces after several years. By living with—indeed promoting—a wait-and-see, “anti-solutionist” approach to the conflict, one in which the chances for partition keep sliding, international pressure on settlements becomes inevitable.

This is most apparent in the eastern, “occupied,” part of Jerusalem. Israel has extended its law to the municipal boundaries of the city, granting permanent Israeli residence to the Palestinians living there. Yet it has not officially annexed the territory and it simultaneously admits that East Jerusalem’s status will have to be negotiated as part of a permanent status agreement with the Palestinians. The city and the residents of the eastern portion live in limbo, as does Israel writ large.

It is indeed a strange reality that the Security Council considers illegal any new construction in the Jewish Quarter in the Old City of Jerusalem, as the inclusion of East Jerusalem in the resolution would imply. Yet this is not a result of any determination about the Quarter’s Jewishness, but of this limbo. Israel has no official eastern border—not even in its own determination—and with none, the world can treat Tel Aviv, rather than West Jerusalem, as its capital and East Jerusalem, including the Jewish Quarter, as occupied.

This, among other things, is the face of the encroaching one-state reality. When the dust settles and a new U.S. administration takes office, this is the question that will remain: The future viability of partitioning the land and the chance to end this limbo.