America’s role in the world 75 years after Pearl Harbor 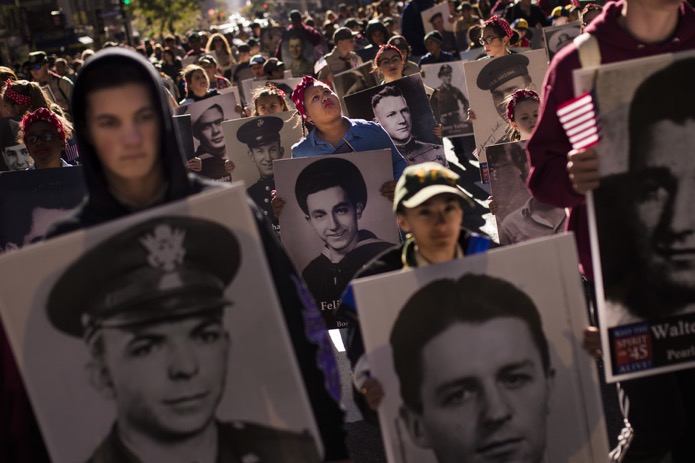 People carry photos of soldiers who died during the attack on Pearl Harbor. AP/Andres Kudacki

The bombing of Pearl Harbor was a pivotal moment in U.S. and world history. The attack thrust the U.S. into World War II and set in motion a series of events that would transform the country into a global superpower and guardian of international order. Seventy-five years later, this legacy of Pearl Harbor now faces perhaps its biggest challenge. 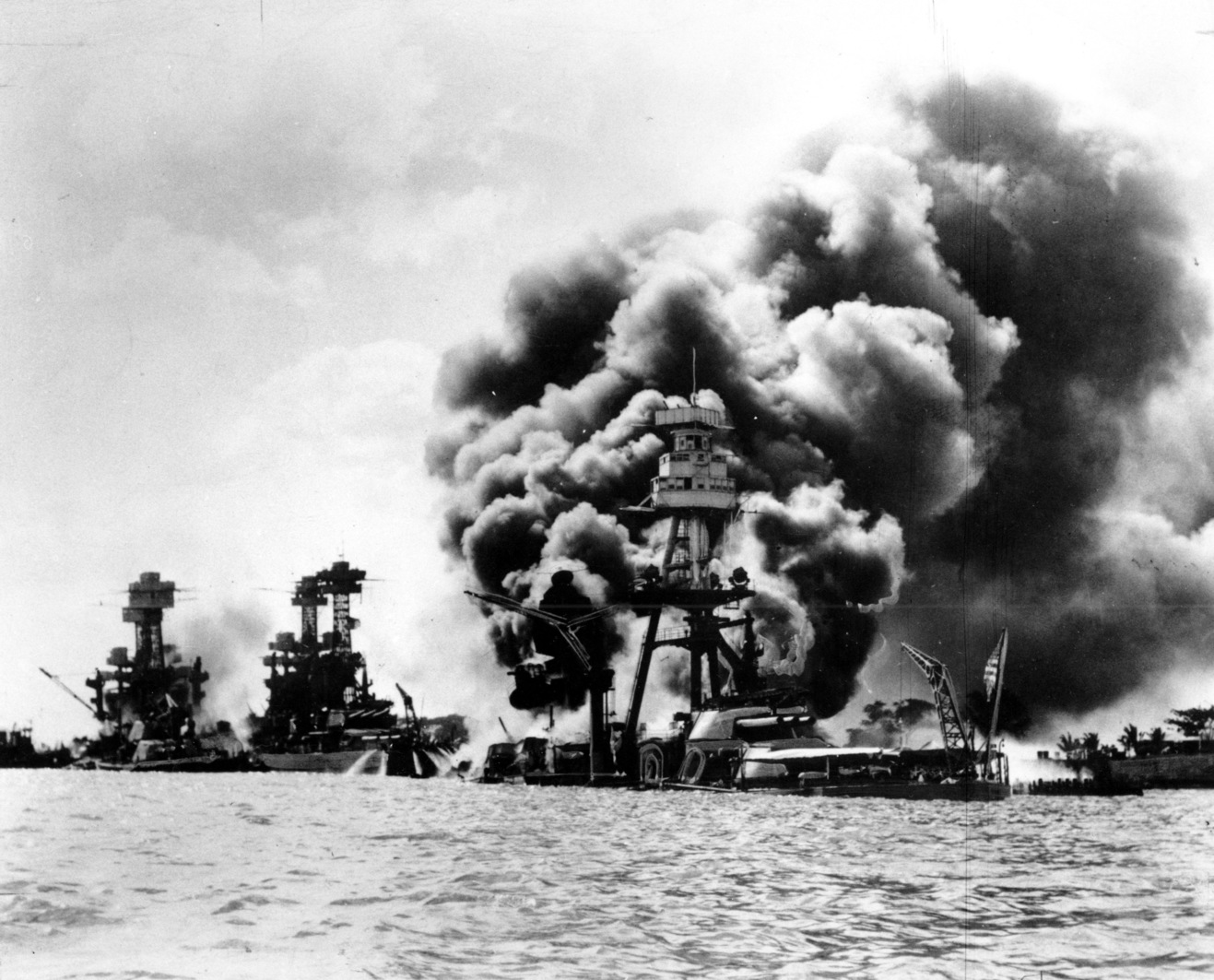 Japan killed 2,403 Americans on Dec. 7, 1941. More than 400,000 U.S. soldiers would die in the four years that followed. Their blood helped purchase the defeat of fascism in Europe and Asia and laid the foundation for a post-war international order made in America’s image.

Whether the U.S. would have entered World War II absent Pearl Harbor is a matter of some debate. Scholars such as John Schuessler of Texas A&M argue that President Franklin D. Roosevelt had long been angling for U.S. intervention. From this view, FDR was very much aware that Japanese expansionism in Asia and German aggrandizement in Europe meant trouble for America.

Yet anti-war sentiment at home meant that FDR had to tread carefully. A succession of Neutrality Acts restricted the kinds of assistance that could be rendered to the Chinese, French and British governments, while anti-war groups such as America First boasted hundreds of thousands of members.

We will never know if FDR would have succeeded in maneuvering the U.S. into open hostilities with the fascist powers. Pearl Harbor gave him more than enough cause to declare war on Japan and its allies in Europe. But viewed in historical perspective, it is clear that Pearl Harbor was more than just the gateway to America’s entry into World War II.

Rather, the attack constituted a critical juncture in the history of U.S. foreign relations, sidelining isolationism as a powerful force in domestic politics and making overseas engagement the accepted norm.

The war effort required a massive mobilization of the U.S. economy and society. By the time of its conclusion in 1945, the U.S. had built for itself the largest fighting force in its history, with a military basing structure that spanned the globe. Japan and large parts of Germany were under U.S. occupation.

After victory, President Truman showed an initial inclination to share responsibility for global order with the country’s wartime allies: Britain, France, the Soviet Union and the nationalist government of China. But extricating the U.S. from world affairs proved difficult, and Truman’s presidency would instead see a marked expansion of America’s overseas commitments.

In Eastern Europe, the Soviets began to establish political control over the countries that they occupied, like Poland and Czechoslovakia. These actions fueled consternation in the U.S. that Moscow was not a responsible partner but rather was bent on further expansion, perhaps across Western Europe or into the Middle East. Fear of communism appeared to be vindicated when, in 1950, North Korean forces crossed the 38th parallel intent on forcibly unifying the Korean Peninsula under communist rule. This act of aggression catalyzed a massive military buildup by the Truman administration.

Containment of communism became the organizing principle of U.S. foreign policy for the next four decades, benefiting from broad bipartisanship consensus on the question. What began after Pearl Harbor as an attempt to defeat fascism had morphed by 1950 into an all-out global struggle to resist communism and maintain the independence of nations in the so-called “Free World.”

Ignoring Thomas Jefferson’s advice on the perils of “entangling alliances,” the U.S. offered security guarantees – formal and informal – to a host of nations in Europe, Asia and elsewhere. U.S. forces were involved in toppling governments from Guatemala to Iran to Chile. And of course, a costly war of choice was waged in Vietnam.

In concert with its allies, the U.S. set about building a liberal international order that would embed international cooperation and create safe spaces for capitalist economies to flourish. The Bretton Woods financial institutions, the United Nations and the General Agreement on Tariffs and Trade (now the World Trade Organization) all can be considered part of this ambitious order-building project. 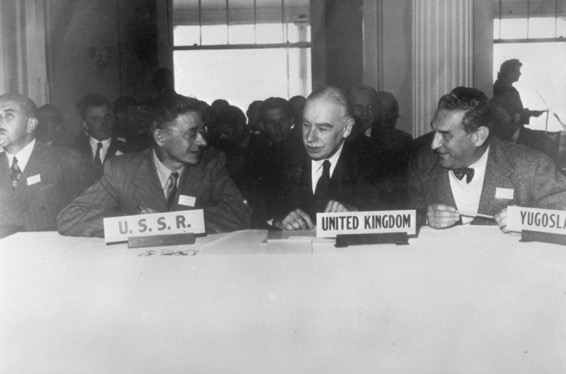 The U.S. used its power to shape and reshape the world during the decades that followed 1945. But it is now 25 years since the Soviet Union voted itself out of existence, and America’s global footprint remains substantial.

Why has America maintained its deep engagement overseas? Why have its leaders still not seen fit to return U.S. foreign policy to a pre-Pearl Harbor footing?

One reason is that the U.S. economy – or, at least, a large segment of it – has benefited enormously from a liberal international architecture that might collapse without the application of U.S. power to keep trade routes open, energy sources flowing, and anti-capitalist forces at bay.

Another explanation is that successive presidents have concurred with FDR that national security cannot be divorced from international security. From defeating the Axis powers to containing the Soviet Union to tackling “rogue states” and terrorist organizations, it has appeared more attractive to fight America’s enemies overseas rather than risk another Pearl Harbor.

For 75 years, such arguments for U.S. internationalism have more or less held sway in Washington. Today, however, they are increasingly falling upon deaf ears.

President-elect Donald Trump puts little stock in the open international economy, accusing foreign entities of cheating American workers. He has promised to renegotiate trade deals and punish businesses for investing overseas. Trump purports to represent not those who have become rich from global capitalism, but those whose livelihoods have been lost to the vicissitudes of foreign competition.

Nor does Trump see the international environment as posing many bona fide security threats. Trump has promised to forge friendly relations with Russia, for example, and hopes to encourage Moscow to shoulder the burden of defeating the Islamic State. He does not seem to lose sleep over the possibility of conflict with China, baiting the Beijing government over Twitter. Trump has questioned cornerstones of U.S. defense policy such as NATO, and has suggested that U.S. allies can look after themselves, perhaps with the aid of their own nuclear arsenals.

For better or worse, the post-Pearl Harbor world has been one in which the U.S. always has faced compelling incentives to remain preponderant in international affairs. But there was never anything inevitable or immovable about this internationalist consensus. As the conservative columnist Charles Krauthammer noted at the end of the Cold War, isolationist tendencies on both the right and left of U.S. politics were bound to resurface eventually.

With Trump’s election, Krauthammer’s prophecy is perhaps finally coming to pass. Next month, an avowedly “America First” president will occupy the White House 75 years after the original movement of that name reluctantly threw its support behind a war effort that would propel the U.S. into its current position of global primacy. What the attack on Pearl Harbor had banished from American public life will, at last, be mainstream once more.